LaTeX, pronounced lay-tech, is a system for creating high quality documents. It is commonly used by scientists, engineers, software developers, mathematicians and other professionals to produce lengthy and technical documents, but its utility is not restricted to that space. Unlike a typical "what you see is what you get" word processor such a Microsoft Word, LaTeX uses a plain text markup language (akin to HTML and CSS) which is compiled into a PDF document using optimal typographical rules. This results in professional-looking documents that are of a different class to the output from a word processor. The numerous customization options in LaTeX allow for the creation of a diversity of document types with precise control over layout and formatting. LaTeX lends itself well to the creation of templates that do not require advanced knowledge of LaTeX to use and manipulate, allowing a novice LaTeX user to create beautiful documents and learn LaTeX as they go.

TeX was created in the late 1970's by Donald Knuth as a typesetting program for text and mathematical formulae. It was designed after Knuth observed that the digital typesetting software at the time was not up to the typographical standard of previous typesetting techniques and set out to design such a system.

LaTeX was then developed in the early 1980's by Leslie Lamport as a higher level language that utilizes TeX, but makes it easier to use through introducing predefined document styles, sectioning, indexing, automatic cross references, automatic numbering and a variety of other useful features. This makes LaTeX a more user-friendly experience than TeX while maintaining the typographic power of the TeX backend.

The current version of LaTeX is 2e which was first released in 1994. This may make LaTeX seem antiquated, but you can think of it as the classic brick foundation to a modernized building. The interior is adaptable and ever-changing because LaTeX makes use of a package system to extend its functionality and features. There are numerous packages to create virtually any document element and packages are written and updated frequently. Some core packages are like the corner restaurant that's always been there, and you can't imagine the building without it, but others are more recent and may come and go over time, but LaTeX itself is always there to provide a solid highly expandable framework for them to enable almost any document requirement you may have.

When using a word processor, text is entered and the software immediately displays what the document looks like. When you need to change the formatting, it's usually a matter of using menus to modify things like page margins and heading styles, or highlighting text and clicking icons to change the font, size, justification, etc.

With LaTeX, the document is written in a plain text editor (as simple as Notepad or TextEdit) and given to the LaTeX compiler which interprets LaTeX commands along with your text to produce a PDF output. This means that important document settings like the fonts, margins and heading styles are defined in a section at the top of the document and any local formatting (such as bold text) is done through the use of in-text commands.

Below is an example of the start of a LaTeX template for a CV/Resume. You'll notice there are no options in the editor for how the document looks, instead, this is specified using commands. The text in red is commented, it will not be part of the final PDF but is there to explain what commands do and how to make use of the template. A typical LaTeX document will contain a mixture of plain document text, comments and commands specifying various document elements: 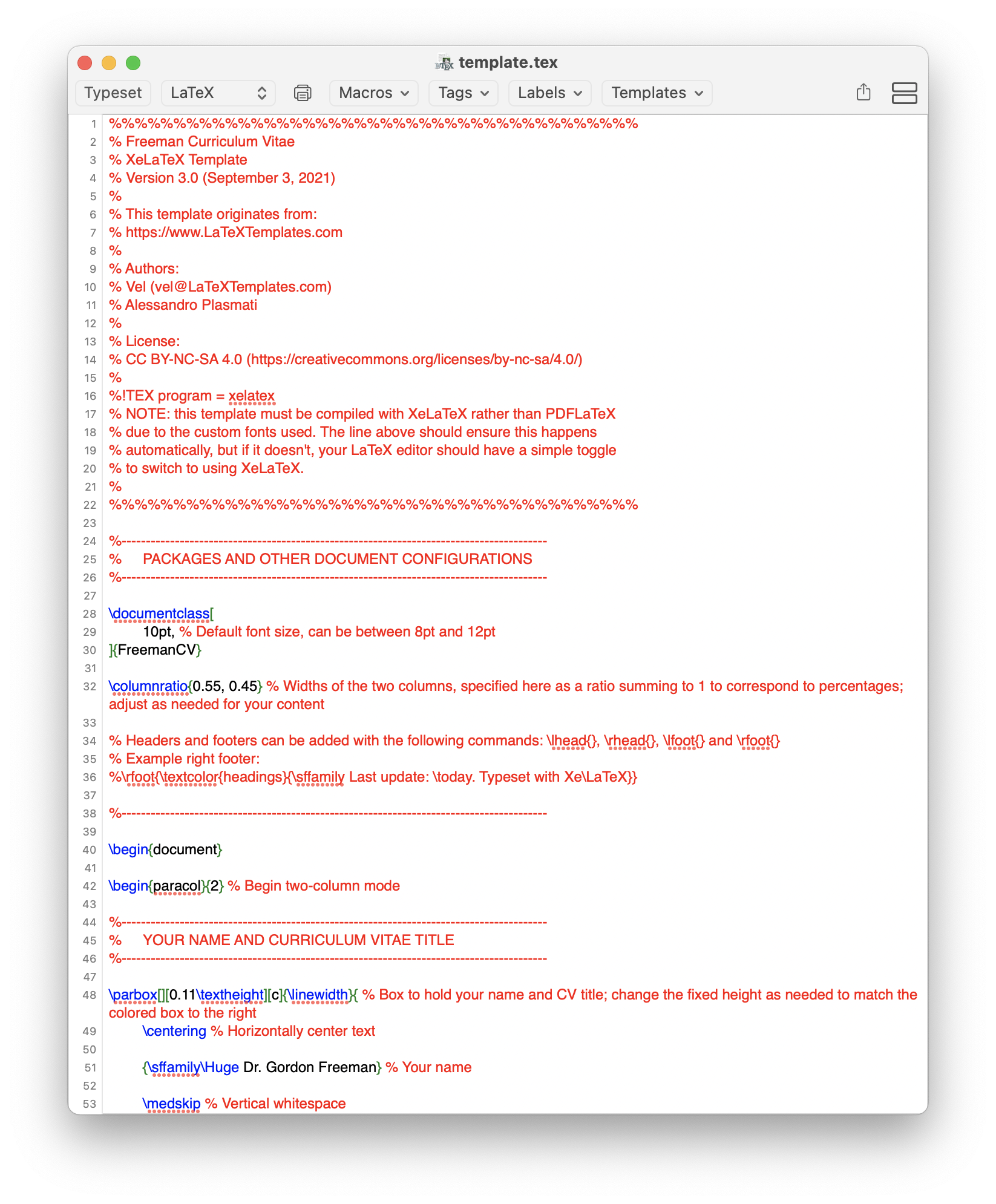 When we compile the template above we end up with the following PDF:

Now that you know what LaTeX is, have a look at why you should use it... 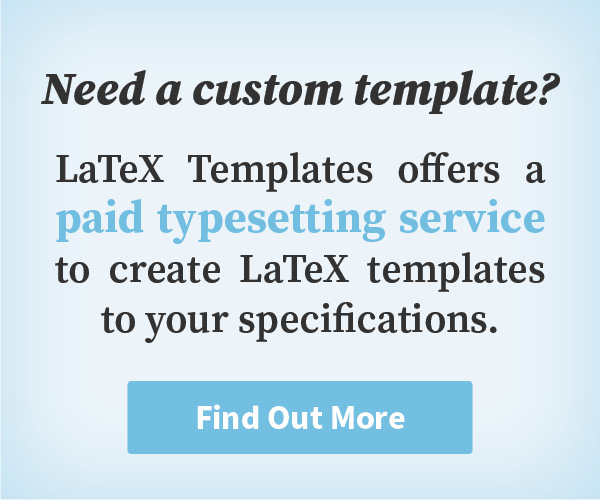